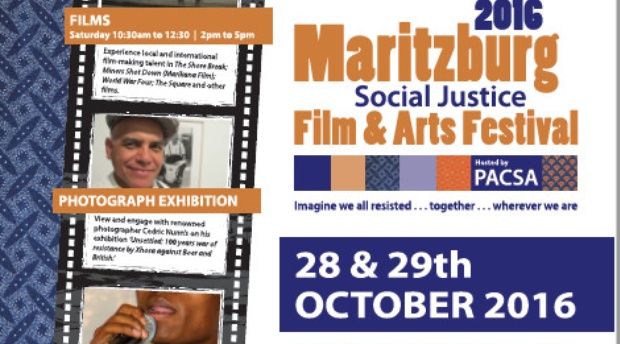 2016 Maritzburg Social Justice Film & Arts Festival (themed: Imagine we all resisted…together…wherever we are). It is hosted by PACSA in collaboration with UKZN’s Alan Paton Centre and Struggle Archives. The festival will be held from 28 to 29 October 2016, at the University of KwaZulu Natal’s Pietermaritzburg's main campus, situated in King Edward Avenue, PMB. Come experience local and international films, photograph exhibition by Cedric Nunn, Poetry and music